On September 19th & 20th, I attended the 14th annual Mothman Festival in Point Pleasant, West Virginia. In this post, I was planning on going over some of the events and what the festival is.

The Mothman Festival was started 14 years ago by Jeff Wamsley, the curator of the Mothman Museum in Point Pleasant. The idea of the festival is to celebrate the creature known as the Mothman, which is a superstar within cryptozoology.

Mothman was giant, dark, birdlike creature, about seven feet tall, and had huge, glowing red eyes. It was sighted in Point Pleasant from November of 1966 to December 1967. It is probably best known through the Richard Gere movie, Mothman Prophecies, based on the John Keel book by the same name.

The 14th Mothman Festival was a very worthwhile trip. The festival appears to be a mix of your average town festival with games, vendors, attractions, etcetera, and a paranormal conference. There were a variety of recognizable faces and names around and about the festival, such as Rosemary Ellen Guiley, Stan Gordon, Joedy Cook, Ken Gerhard, and Lyle Blackburn. There was also a large number of lectures being given by some of the authors and researchers. The topics of the lectures varies wildly, from Mothman comic-books to the afterlife to lizard-men to, of course, the Mothman.

The Festival was not the only attraction of interest in Point Pleasant, there was also an Ohio River Museum, the Mothman Museum, monuments for the Battle of Point Pleasant and the Silver Bridge, and a statue of the Mothman.

The festival has something for everyone–the paranormal, books, food, games, and even the Stay-Puff Marshmallow Man from Ghostbusters. I had a good time and am definitely going back next year. 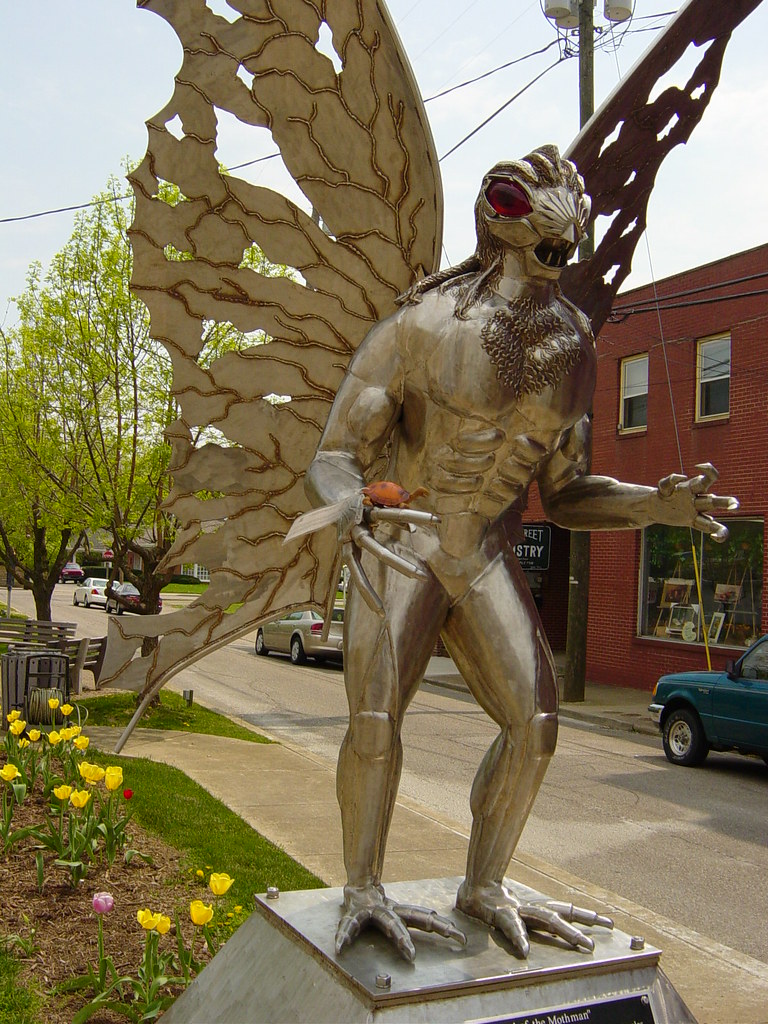