Cryptozoology is the study of animals that aren’t recognized by science to exist. Unfortunately many misunderstand this and use the term to explain the study of magical/mystical creatures or monsters. That isn’t what cryptozoology looks for, yes some cryptozoologists do look for mythical creatures, like the unicorn and dragon, but the difference is that they don’t think the creatures are magical, they simply think they are unidentified animals. Cryptozoology does not include zombies, vampires, ghosts, extraterrestrials, the Rake, Slenderman, or fairies. I’ve seen people calling everything I just listed as a cryptid. (cryptids are any creature within cryptozoology).

I think the reason most people associate other things with cryptozoology is the simple fact that it is generally mocked and  misrepresented as the zoology of frauds and cranks. This is unfortunate because almost every cryptozoologist have degrees in biology, zoology, and anthropology, often they have more degrees than just those as well. True cryptozoologists aren’t kooks who think the government is after them because they found “evidence” of something the government doesn’t like. True cryptozoologists are those who think there may be some mystery left in the world of zoology and strive to solve these mysteries. Yes, most of the better known cryptids seem to be sensationalized, and yes, often the media personifies these people as nutters, but nearly every person who has contributed to cryptozoology is completely qualified to do so.

To further this point I will list some important cryptozoologists or those who have contributed to the field and what their job description would technically be:

Cryptozoology and those who work within the field is simply the science of hidden animals, anything considered a cryptid should be some kind of animal, no entities, no spirits, no mystical creatures outside the realms of science. There are other fields for those.

Cryptozoology A to Z by Loren Coleman and Jerome Clark

Many Bigfoot enthusiasts and cryptozoologists, those who study animals not recognized by science, hail the Patterson-Gimlin film (a minute long film that shows what appears to be a large, human-like ape) as the best evidence we have for the existence of Bigfoot, but there has always been a huge amount of controversy with the film. There are even people claiming to be the person in a gorilla suit being filmed. Because of this issue, there are some who have pointed their fingers at a different piece of evidence as the most conclusive. Its known as the Skookum cast by researchers and it is thought to be made of an unknown humanoid’s buttocks, various sections of its legs and feet, knuckles, hand imprints, and an elbow.

The cast was found during a research expedition into Skookum Meadows in Washington state. The expedition was funded by the Bigfoot Research Organization (BFRO) and included a long list of specialists in various fields, a psychologist and pheromone expert, an expert tracker, a zoologist, a wilderness guide, a bait expert and a communications specialist, to name a few. The expedition began on September 16, 2000, and went until September 23. The group made “traps” in hopes of finding evidence of the creature, the traps were simply setting fruit inside a large section of mud in hopes they would attract a Bigfoot and get tracks, what they got was much better. On September 22 two of the group decided to check the traps for any prints, the first two were duds but the third and final trap had a strange set of prints that caught the eye of the researchers. It required 325 pounds of plaster cast to record the full cast.

The name “Skookum” is actually one of the many Native American words for Bigfoot like creatures. The word can be found used in the names of many places throughout Washington and Oregon. This, in fact, was the reason the BFRO chose the Skookum Meadows for the expedition.

Many scientists have tried to explain the print as nothing more than a deer laying in the mud but the cast does not appear even close to what deer body imprints look like. Anthropologist and primatologist, Jeffrey Meldrum examined the print and concluded that the print was almost definitely made by a humanoid of seven to eight feet in height. He points to the clear dermal ridges (dermal ridges are small creases in your hands and feet, such as your fingerprints) in the feet and hands, as well as the appearance of hair imprints throughout the body.

Thunderbirds, birds of enormous size from Native American legends, were said to cause thunder and lightning just by flapping their huge wings. Could birds of this size really exist? Some researchers believe that they aren’t just legend, and that they still occupy the skies of America. Sightings have occurred throughout the United States but the majority are clustered within the Midwest.

In legends, the birds were described to be big enough to blot out the sun, but in modern times the size is described as having a wingspan between fifteen and thirty-five feet. The creature is often described as a giant bird, black in color, occasionally with a white stripe around its neck. Although most encounters fall into the above description there are some reports that give the Thunderbird a more reptilian description, similar to a pterodactyl.

There are very few reports of a Thunderbird actually interacting with a person, most are only seen in the sky from a distance. There is one exception to this, dubbed the Lawndale Incident by researchers, the witnesses actually claim a bird of gigantic proportions actually picked up a ten-year-old child and carried him for a short distance. The encounter occurred on July 15, 1977, at a family home in Lawndale, Illinois. Marlon Lowe was playing outside his home, when two large birds flew above him. One of the birds flew down to Marlon and grabbed him in its talons and carried him for several feet before letting go and flying away. The birds seemed to be frightened of, ironically, by Mrs. Lowe’s horrified screams. The birds were described as being as large as ostriches but appeared more like condors. The most significant part of the encounter is that condors are not strong enough to lift a child into the air and fly even the few feet that it did.

Since most descriptions associate condors with the Thunderbird, the most likely candidate for the Thunderbird are the extinct Teratorns. There are two known types of Teratorns, the Teratornis merriami which had a wingspan of eleven feet and the Teratornis incredibilis which had a wingspan of twenty four feet. The other likely candidate for the Thunderbird is a relict species of pterosaur, an extinct group of flying reptiles. The pterosaur theory works mainly because of the handful of sightings of reptilian Thunderbirds as well as the newly discovery of feathers on pterosaurs and other prehistoric reptiles.

So could large unknown birds roam the skies of midwest United States? Some researchers think so. 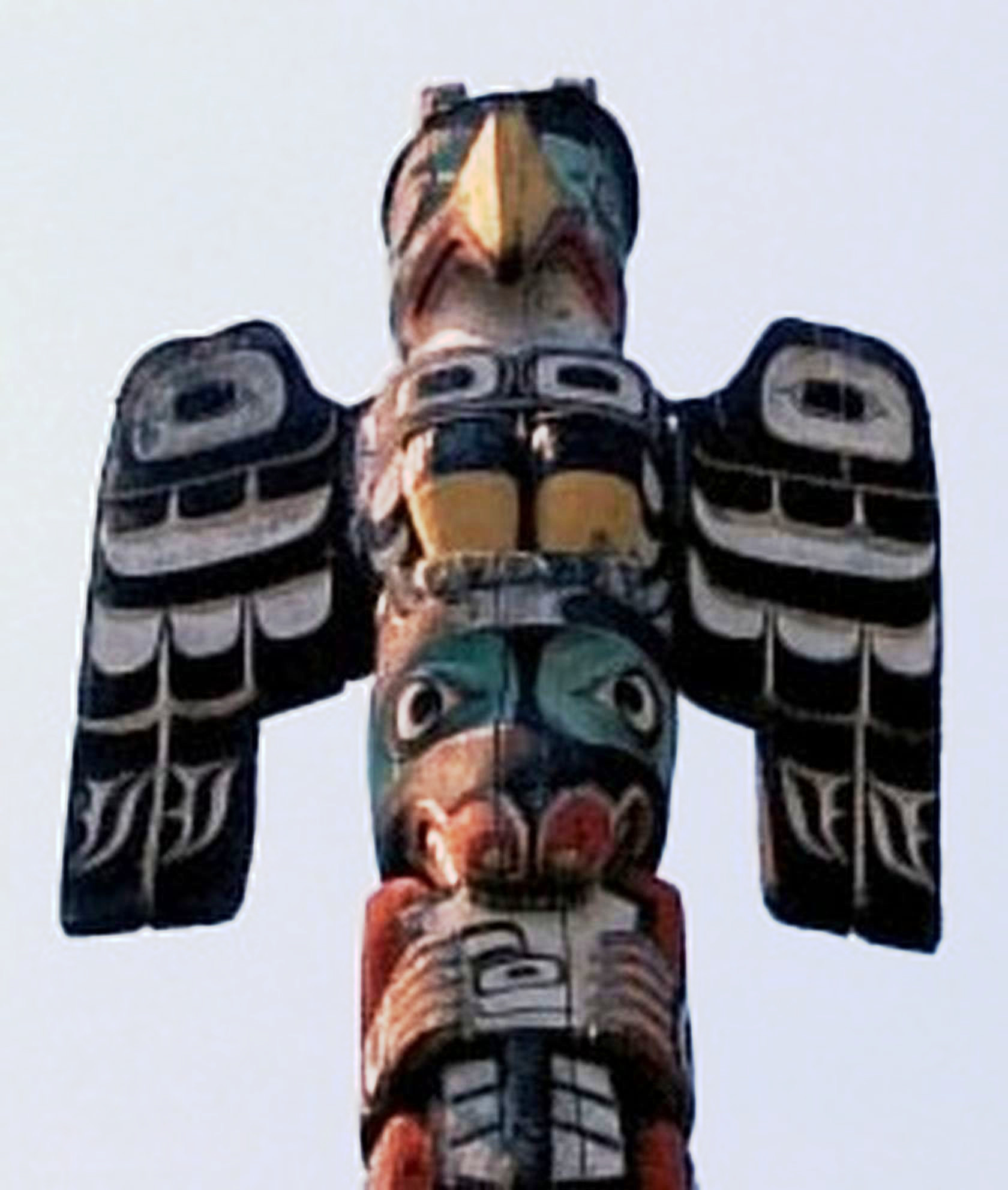 Cryptozoology A to Z by Loren Coleman and Jerome Clark

The Encyclopedia of Monsters by Daniel Cohen

Recently people have started to entertain ideas like ghosts and Bigfoot and even UFOs and as a result pop culture has exploded with the idea. From it spawned shows, movies, books, and even video games, all playing with the idea that there is something beyond science, maybe even beyond logic. Because of all this sudden popularity with the unexplained, there are now many people looking for answers as to what all this really is, could visitors from other planets really visit? Could a prehistoric reptile survive in a Scottish lake? Could there be spirits of the dead who remain among us?

Welcome to Paranormal101, a blog dedicated to getting accurate information and eyewitness accounts pertaining the paranormal to those who are interested in the unexplained and unsolved. I look at all parts of the paranormal and work to explain the complex phenomenons within. There are five categories which each post will be labeled within, they are:

I hope in writing this blog I inspire some to look further into the paranormal and all its subtle complexities that fascinates so many.